Why a gender specific ministry?

In this compilation of clips Dr. James Dobson points out what used to be taken for granted, that girls are different than boys in the face of a culture that has adopted the attitude espoused by Gloria Steinem only a few decades ago that "we need to have the courage to raise our boys like girls"

He asks the question "Is masculinity good or bad?" and points out that boys are men in training and that only men can adequately prepare boys to become men.

There's some great clips here, we hope you are edified as you watch.

Posted by Brigade Connection at 5:13 PM No comments:

An interview with Brian Dawson: Husband, Father, Associate Dean and our Newest U.S. Board Member!

Brian Dawson is now one of three generations of men who have been influenced dramatically by the ministry of CSB and we are pleased to announce that he has been unanimously approved as the newest member of the U.S. Board.

We are excited about the important perspective he brings as well as his deep experience with Alumni care and the creation of internships. His expertise gained in these areas as a university dean, now serving at Pepperdine University, will be invaluable.

I have personally had the privilege of knowing the Dawson family for almost 25 years. I remember Dick, Brian’s father, who led a sailing camp of which I was a part. He was one of those guys who is memorable yet unassuming. Little did I guess so many years ago that I would have the chance to lead trips with Dick’s son, and would then have a chance to influence his grandson, Drake, as a Junior Counselor. The Dawsons are a great example of the inter-generatio
nal nature of our ministry.

Below are some excerpts from a phone conversation I had with Brian. I hope that this short interchange helps you to get to know Brian a bit better as well as the exciting direction that the board is now moving CSB.

Dave: Tell me a bit about your family and your role as an associate Dean at Pepperdine University
Brian: I’ve been married 20 years this summer and have 2 children. As a student in college I felt the Lord calling us into some sort of campus ministry so our first step post college was to start a young men's bible study for a Christian fraternity which ultimately led me into student housing as a career. I spent 17 years in the state school system but began to feel a real desire to do work and ministry together which was impossible working in a secular system. God graciously opened up an opportunity to become an associate Dean at Pepperdine University which finally has allowed us do both evangelism and discipleship as a part of my job, a two-fold ministry very similar to what I experienced growing up in CSB.

Dave: How did you get involved with CSB?
Brian: Like a lot of boys I was invited by a friend. The first man I can remember was Charlie Peck. I remember that he was a plumber who loved the Lord. I still remember many of the principles he taught me but mostly I knew that he loved the boys he served and had a ton of fun with us. Shortly after I started, my dad also got involved and worked in both stockade and battalion. Every man in my family was an Eagle Scout. I’m the only one in my generation to have the honor of being a Herald of Christ.

Dave: How would you describe yourself when you were a young man?
Brian:I would say when I was in stockade and Jr. High I felt like I was a nerd and was kinda on the outside of the social loop. But I always felt like Brigade was a place I was welcome, where everyone was involved. As a high schooler  I was rebellious and had issues with authority. I think the Battalion achievements actually helped give me focus and was a program that I was committed to that helped keep me on track.

Dave: What roll did CSB play in your growth as a follower of Jesus?
Brian: I came into the program already knowing Jesus Christ but what Brigade did was to give me disciplines that are still with me today like getting me into The Word regularly through achievements and squad meetings. Scripture memory became an important part of my walk. I remember one Camporal we quoted more than 60 verses. We had to encourage each other since the lowest number of verses is what  counted. I think that’s kind of amazing for a bunch of high school guys to quote that many verses in one weekend many I can still quote to this day.
Brigade also provided good role models, both men and my peers. In my time there were 7 or 8 Heralds of Christ at my church in my 6 years of battalion. These were kids to look up to and

A Pastor's Perspective: Why churches are taking a second look at CSB 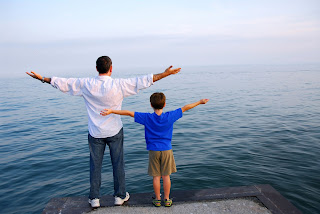 "Our church was looking for a ministry to partner with that could aid us in our goal to disciple the boys and young men in our church and that could emphasize our desire for outdoor education.

There was only one ministry that I could find that not only met the spiritual & biblical criteria, but exceeded my expectations in all of these areas combined ... Christian Service Brigade. Its emphasis on service, leadership and discipleship, all centered around the Lord Jesus Christ, makes this a one-of-a-kind ministry. The spiritual, personal and practical investment in the lives of our young people should be a responsibility that we take seriously as both parents and church leaders.

I believe God has graciously sustained and blessed Christian Service Brigade, for such a time as this."

If you think your church might benefit from working with CSB we'd love to talk with you about the possibility. BrigadeConnection@csbministries.org
Posted by Brigade Connection at 11:41 AM No comments:

Brigade Connection
This is one more place that CSB Ministries is seeking to connect with Brigade members, leaders, alumni, and anyone else intrested in partnering with the local Church to help equip the next generation of godly men.